Why Do Hispanic Employees Have the Greatest Risk of Injury? 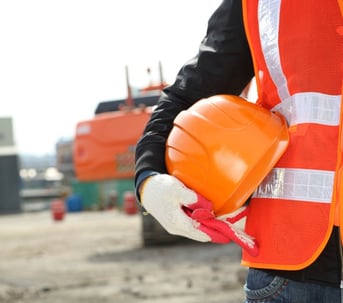 Despite the horrific stories that I often tell in my blog posts of people hurt or killed on the job, I love to boast that the safety industry is truly making a difference in the lives of American workers. In fact, the 2013 Bureau of Labor Statistics (BLS) Census of Fatal Occupational Injuries reports the second lowest total number of workplace deaths since the first census was conducted in 1992. However, one key group, Hispanics/Latinos, is not experiencing the same downward trend as workers of other races so it is critical to understand why this disparity is occurring and what we can do to change it.

In 2014, Hispanic/Latino employees made up 16.1% (approximately 23.5 million) of the total U.S. workforce, over 12 million of whom were foreign-born. It is important to note here that we should make a distinction between foreign- and U.S.-born Hispanic workers in the context of workplace safety because those born into American culture and exposed to English from childhood tend to have vastly different life experiences than first-generation immigrants who often must deal with language barriers at work. I will expand on these differences shortly.

To put things in perspective, the total number of workplace deaths in the U.S. dropped from 4,690 in 2012 to 4,585 in 2013 (3.3 deaths per 100,000 workers), and all groups broken down by age, sex, and ethnicity showed significant reductions in injury and fatality rates…except for Hispanics. In fact, the number of fatalities for Hispanics actually increased from 748 in 2012 to 817 in 2013 with a death rate of 3.9 per 100,000 workers, much higher than the national average. These statistics are striking, particularly when you consider that Hispanics are 18% more likely to be injured or killed on the job than any other ethnic group. Safety experts have provided two main explanations for this anomaly.

It is true that Hispanics comprise a significant percentage of workers in industries considered to be more dangerous than most, such as construction, oil and gas, agriculture/landscaping, and transportation. So then it stands to reason that accidents will happen with greater frequency simply due to the risks and hazards associated with the work. However, this only partly accounts for the accident and injury rates because, as shown above, all other ethnicities saw a decline in workplace deaths, even those who work in dangerous industries. Theoretically all employees received the same safety training and are provided the same protective equipment, so what else could be causing the difference? This leads us to the second explanation.

Foreign-born workers and barriers to safety

As I mentioned above, we must treat U.S.- and foreign-born Hispanic employees as unique groups because the latter encounter many more barriers to workplace safety, including difficulties communicating with supervisors and coworkers due to their limited English proficiency, and lacking knowledge of safety regulations and employee rights. Even when they are aware of American safety standards, some might hesitate to raise safety concerns to others for fear of retaliation or termination. Furthermore, if safety training was presented in English, they may not have a proficient understanding of the job hazards and safety protocols to begin with. These factors result in twice as many workplace injuries and deaths for foreign-born Hispanic employees than their native-born counterparts. Clearly the crux of the problem here is that immigrant workers are at extremely high risk of being involved in a workplace safety incident during the time period in which they are assimilating to American culture and language. So then what has been done and what needs to be done to reduce this risk?

OSHA’s Hispanic Outreach Assistance program is a fantastic resource for individuals to understand their rights and obtain training materials, and for employers to learn compliance requirements and best practices for managing Spanish-speaking workers. In 2010, OSHA implemented a requirement that employee training required by Federal standards must be presented in both a language and vocabulary that employees can understand. Unfortunately, far too many organizations are failing to comply with this requirement, leaving workers insufficiently trained and unprepared for the risks they will face on the job.

It would be difficult to help employees adjust their safety behaviors based on their personal Safety Styles (Maverick, Adventurer, Fire Chief or Professor) if they are not properly trained to know how to look for the specific hazards on their job, emergency procedures, appropriate PPE, and so on. The first step in reducing the accident and injury rates of Hispanic employees is exposure. Agency officials need to better enforce the training language requirement, and managers reading this should double check your safety training programs to be sure that you are compliant.

In addition, safety leaders within organizations should guide Hispanic workers, particularly those foreign-born, to the resources and tools available to them via the Outreach Assistance program. Point being, we need to be sure that Hispanic workers are afforded safety training that puts them on par with everyone else. Their native language should not limit their ability to learn how to be safe on the job. I have a strong suspicion that adapted training geared toward Spanish-speaking employees will lead to a significant decrease in the number of safety incidents experienced by this group.