What if Your Favorite NFL Team Chose Players Like Most Hospitals Choose Physicians?

In football-crazy Pittsburgh, the Steelers’ season never ends but it kicks into high gear with the annual NFL draft. A year’s worth of scouting and data analysis culminate in three days where the team drafts seven or so college players in the hope that 1 or 2 have long term success. Fortunately for us, the Steelers have, over the years done a pretty solid job picking talent. (Unlike the Cleveland Browns who we love to make fun of!)

Let’s compare the Steelers to a typical hospital: The business models and salary structures aren’t that different. The bulk of the Steelers’ salary costs are tied up in 45 employees and even among those, a select handful account for much of it. A hospital has more employees, but employed physicians, some of them highly paid specialists, make up a substantial portion of the salary costs. In both cases, the highly paid talent generate the revenue. The players put fans in the seats and are the reason for the TV contracts. The physicians provide the high revenue services. 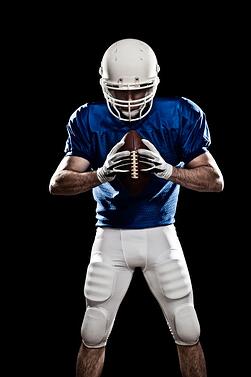 How do you think rabid Steeler fans would react to the following NFL draft strategy?

Would you be surprised to find out that he doesn’t really like to practice and when he does, he shows up late. He shows up for training camp out of shape, doesn’t really like “team sports” or work well with others, is slower than your largest offensive lineman and really always wanted to play wide receiver so he doesn’t want to play defense (which may be good because he couldn’t tackle a 5th grader).

Sound absurd? The coach and general manager would not survive this debacle. Not in Pittsburgh, that’s for sure. It’s not a stretch, however, to say that we just described the physician “selection” process. Yet we are surprised when employed physicians underperform, display disruptive behavior, or tell you in their second year that this wasn’t what they expected.

It’s really time to re-think this approach. There is too much on the line. What’s your draft strategy?