The Value of Effective HR Programs

Budget season...everyone's favorite time of year. As you're evaluating Return On Investment (ROI) and considering what to build into your future budget, you're likely considering what your organization should spend resources on. If you're in HR, maybe it's a new selection program, an enhanced performance management training program, or any other tools/processes designed to improve effectiveness. 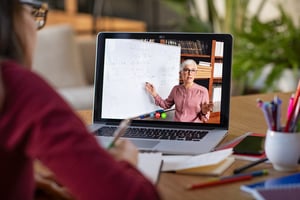 To those who don't understand the inherent value of these initiatives, these HR programs are often viewed as taking time away from current employees trying to focus on their jobs, requiring oversight by overworked managers and leaders, and draining precious financial resources. There are also other costs associated with these types of engagements, and they are relatively easy to quantify.

However, those of us who believe in the efficacy of these programs understand the real benefits that offset the costs and make these initiatives entirely reasonable and worthwhile. There are a variety of names given to this type of cost-benefit approach, including Utility Theory, ROI, or Cost/Benefit Analysis. They share the common goal of providing data to facilitate decision making by contrasting an estimate of the costs associated with a program with the potential benefits by casting both in financial estimates.

While it is complicated to apply some cost-benefit formulas, the underlying logic is simple. For example, think about a selection program - the program that an organization needs may already exist, thus reducing the cost of testing candidates and calculating results. In other situations, a program may have to be built, so that would be an added cost associated with the testing process. There are benefits that accrue, and the features of the model include the number of employees involved (those selected) along with the time frame we expect the improvements to continue. These are relatively straightforward.

The other model features include how much improvement we expect. In the context of selection, ask yourself how much the new program will improve on what is currently being done, or for a training program, how much improvement will result from that training? Here, we can rely on evidence-based research and the broader research literature to provide estimates. In the context of selection, we compare the validity of the current process with the improvements (increase in validity) anticipated when the new one is put in place. The remaining model feature requires, what might be for some, novel thinking. This is often referred to as the Standard Deviation of Performance in Dollars or in shorthand, $Dy.

Related: How To Measure ROI In An Employee Selection Process

Jobs have value to organizations, with some jobs considered "critical," where salaries are high. In any organization, we can see a range of values/salaries from the lowest assigned to relatively routine jobs to the most elite jobs where few have the skills and abilities to be effective. What $Dy does is gives us a value for what performance differences mean for a given job. Think of the one tied to salaries: you would pay an entry-level worker less than you might pay a seasoned sales professional, and then again less than you might pay a CFO or CEO. $Dy takes that one step further. Think about the group in sales in that organization - some sales folks simply sell more than others, and their efforts bring more profits to the company. $Dy seeks to put a value on what different levels of performance mean to profitability for a given job.

$Dy has been around for decades and has gained attention in the work of Cronbach & Gleser (1957), Schmidt & Hunter (1978), and Landy, Farr and Jacobs (1982). It can be estimated by surveying knowledgeable individuals about the impact of performance on a job or by simply using 40% of salary as recommended by Schmidt & Hunter. In our work, we have used both and found that 40% does a pretty good job of estimating. However, many jobs have $Dy’s that are significantly lower, and even more are significantly higher. Using both a survey and the 40% rule will give greater confidence in the estimate.

In 1995, we launched a program for selecting bus operators (PSI’s Bus Operator Selection System, BOSS). Over these many years, the program has operated in about 40 different bus properties across the country and tested about 300,000 job candidates. In 1996, our initial work was presented in a paper (Jacobs, Conte, Day, Silva & Harris) including a utility analysis documenting the dollar-based benefits of using BOSS. Two major costs in bus operations are operator absence and accidents. We were able to find BOSS-identified individuals who had high levels of absence and could reduce the occurrence of accidents. Specifically, we found those who scored more favorably on BOSS had about 7.5 fewer days of absence each year, and for every 100 operators, 16 fewer accidents annually. With these improvements in critical, cost-related outcomes (in 1995, when the research was done, a day of absence was calculated at $140 and an accident averaged $15,000), we were able to calculate the utility of BOSS. The article shows a potential cost savings of $558,000 for a city hiring 100 bus operators each year against a cost for BOSS of under $20,000.

In another study of project managers, we found even larger utilities for implementing an assessment center for project manager development. In this work, we looked at the cost of developing and implementing the center, estimated at about $1,000,000 in year one ($250,000/year in subsequent years) and a potential performance improvement of $14,000,000. In this work, we found it interesting that estimates of $Dy indicated that poor performance costs the organization about twice as much as good performance added to the bottom line. One implication here is that it may very well be, for some jobs, more important to improve poor performance than it is to try and enhance the performance of those who are already “good enough.” Related to this conclusion is that avoiding bad hires or placements can be more important than searching for the very best. Using cost-benefit thinking helps us fine tune our ability to add value to organizations.

Another interesting feature of this approach is that we can use the formulas in what is labeled a “break-even” analysis. Here, we set the outcome to zero and then solve for what level of improvement is necessary for the benefits to offset the costs. If that improvement is viewed as highly likely to happen and even be exceeded, the program enjoys a positive utility.

The Utility/ROI/Cost-Benefit approach is a very important blending of data with logic resulting in information that can aid organizational decision makers. This is not new to businesses, as marketing departments have made this type of argument for decades when it comes to supporting an advertising campaign and how that will drive sales. The sales, in turn, result in profit that can be used to offset the costs of advertising. Similarly, those in manufacturing organizations have used this approach when arguing for new equipment that will make production more effective. That effectiveness results in more product that offsets equipment costs. HR professionals are now harnessing this type of thinking to justify creating and implementing improvement programs. In future blogs, we will be presenting more information on this approach by highlighting programs we have brought to our clients. 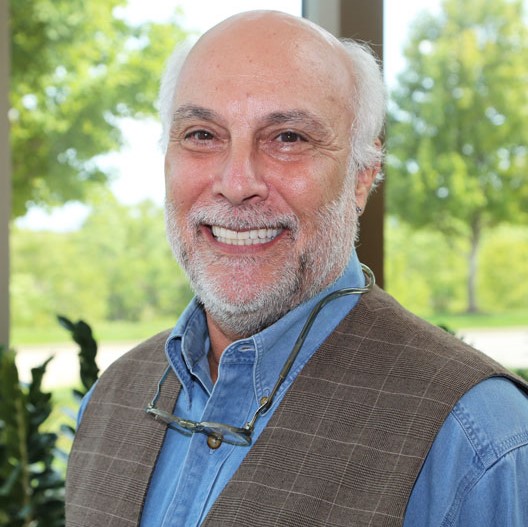 Rick Jacobs, Ph.D. is Senior Vice President and a member of the PSI Science Advisory Board. He is also Emeritus Professor of Psychology at Penn State University. At PSI, he serves as a senior scientist and consultant, developing selection programs that are valid and consistent with legal guidelines. He has extensive experience in assessment centers and individual assessment methodologies, and he has developed numerous executive assessment programs. Rick holds a bachelor’s degree from UCLA, a master’s degree from San Diego State University, and a Ph.D. from UC Berkeley. He is the author of over 60 research articles and book chapters, and he is a fellow in the Society of Industrial and Organizational Psychology, the American Psychological Association, and the American Psychological Society.