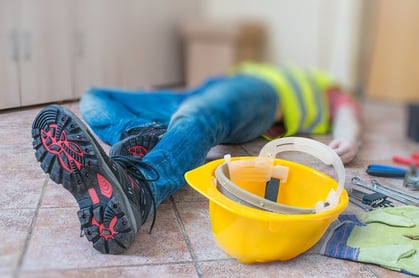 Serious injuries and fatalities, commonly referred to as SIFs, are the types of incidents that can cause the most harm. SIF incidents commonly lead to life-altering injuries, loss of life, and catastrophic events with multiple deaths. It’s no wonder that safety professionals and researchers have been increasing their focus on how to identify events that lead to SIFs, and how to prevent these events from occurring.

Research over the past decade has looked at various types of precursors, and systematic processes that can help prevent SIFs proactively. Experts typically recommend identifying SIF precursors, heightened education of SIFs, using root cause analysis and implementing various controls. However, research on SIFs is still an emerging field, and there is still much we do not know about the exact types of factors or events that contribute to these events.

One of the key things we DO know so far, thanks to an important study published last year by Martin and Black (2015) in Professional Safety, is that across industries, roughly 21% of all safety incidents fall into the category of a SIF. [Tweet this]

As you can see, three themes accounted for 82% of all the SIF incidents that were analyzed, and the first two themes make up over 2/3rds of all SIF events (71%). That tells us that if we want to really get to the heart of SIF incidents, we need to look at two things:

So what could a person’s SafetyDNA have to do with these two SIF precursor themes? Well, let’s look at each one of these categories from the study more closely. By the way, if you thought I was just going to discuss the obvious 11% of incidents related to ‘human factors,’ you’d be incorrect.

That one is obvious – a person’s SafetyDNA traits probably play a major role in those incidents, depending on what happened in each case. But, the link with the other two categories is just as strong and perhaps more valuable because they account for most of SIF incident precursors, and because it seems there has been a recent trend dismissing the role of the person when we talk about processes and situational variables.

Over 40% of SIF incidents tend to be associated with this theme – the largest slice of the SIF pie. [Tweet this] Now, let me say this very carefully. Assuming employees 1) are properly trained on all life-saving rules and how to adhere to these rules, and 2) the work environment fully allows them to follow these rules (sadly these are big assumptions in many organizations), I believe that the employee performing the work has to bear at least some of the responsibility, if not all of it, for following established safety policies – especially life-saving rules. 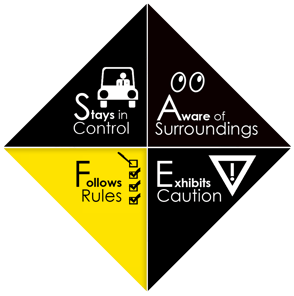 But not everyone sees rules in the same manner; it depends on their SafetyDNA. The “Follows Rules” factor is a psychological trait in the SafetyDNA model that relates to how a person perceives and feels about rules in general. People who are rule-bound actually prefer rules. They like structure and they don’t tend to question policies and procedures. Rules are sort of like their “happy place.” Those who are not rule-bound tend to feel restricted by rules and prefer to have the flexibility to use their own judgment as to when to follow rules; rules are like general guidelines to them.

So, all things being equal, which employee is more likely to follow a life-saving rule when it will add an extra 15 minutes and they are running way behind schedule – a natural rule follower, or someone who sees rules as guidelines? And, which supervisor is more likely to push production over safety when the pressure is on?

Nearly 30% of the SIF incidents in the study occurred when the exposure level, or the normal state, suddenly changed unexpectedly, and the employees did not anticipate, recognize, or control the hazardous conditions. The authors specifically noted that incidents in this category “likely could have been prevented through a proper pre-task risk assessment.”

There are three SafetyDNA factors that can play a critical role in these types of situations, where unexpected and sudden changes occur – Staying in Control, Awareness of Surroundings and Exhibiting Caution. I’ll discuss these, in the order they would likely occur.

1) Failing to anticipate the change

The Stays in Control factor deals with the extent to which a person feels that they are in control of what happens to them. People who are low in this factor tend to be fatalistic and attribute events to either luck or circumstance, whereas people who are high on this factor generally feel that outcomes are a result of their actions.

The Control factor is important here, because if I am low on Control, I probably don’t think many things in my life are controllable. So, why would I think that injuries are preventable? And as a result, I may be less likely to spend time trying to anticipate what could happen or plan for my task ahead of time.

2) Failing to recognize the change

So maybe the employee did not plan for the changing circumstances, but they could still potentially detect the change in the moment. But can everyone do this equally? Research says otherwise, and it’s based on this next factor. Awareness of Surroundings is a combination of mental abilities that deal with mental alertness, attention to detail, and short-term memory. 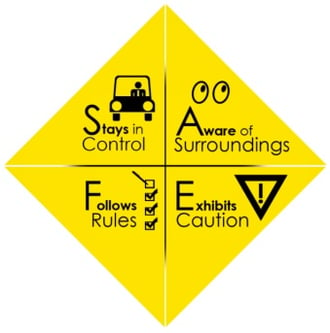 Those high on awareness tend to notice things faster and more frequently, stay focused and remember things more accurately, which helps them detect changes in conditions more quickly and consistently than others. If an employee frequently struggles to be aware and alert on the job, they are naturally more likely to miss a sudden or slight change in conditions, which can raise their level of exposure to risk without them even noticing it.

3) Failing to control the change

This is where the next SafetyDNA factor comes into play – the Exhibits Caution factor. This is all about risk tolerance. Some individuals are very comfortable with risks, while others are very risk avoidant. In SIF cases where there was a change in conditions, and employees noticed it but did not take action, this means they were probably comfortable with the risk because they did not think anything would happen. People who are higher on this factor are uncomfortable with risks, and they tend to engage in safer behavior and be injured less frequently than those who score lower on this factor.

While supervisors or managers are not frequently on the shop floor or in the field being directly exposed to work-related hazards, they still possess differing levels of all four SafetyDNA factors discussed here. Their SafetyDNA absolutely influences the decisions they make, what they emphasize to employees, and how they lead safety. And in many ways, their SafetyDNA can have a much bigger impact on the company than an individual employee would. So it’s critical to have leaders understand what their own personal SafetyDNA profile is, and how this can impact their safety leadership behaviors.

Taken together, these four factors of SafetyDNA, which vary greatly across the population, have many potential links to situations with SIF potential. Whether it’s following a life-saving rule, preparing for the worst, or acting quickly when your exposure level goes sky high in seconds, your SafetyDNA can play a large part in what happens when you encounter these high-risk situations.