Proof that Safety Pays for Itself 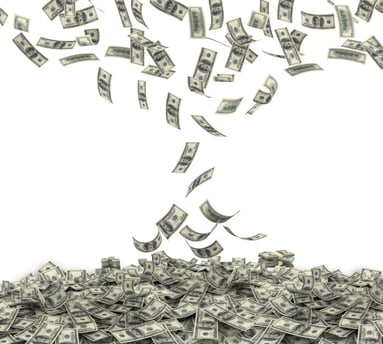 Earlier this year in Houston, a temporary construction worker fell 12 feet through a roof, fracturing both of his arms and receiving severe contusions. His employer, Cotton Commercial USA, specializes in disaster management reconstruction for damaged buildings and the surrounding environment, so it is likely that the work site presented a high level of danger in and of itself.

However, the OSHA investigation revealed that not only was the worker denied his request for a safety harness (which was required equipment for this job), it also took the company three days to report the incident (federal law states that employers must report such events within 24 hours). This resulted in $362,500 in fines for seven safety violations, including four willful egregious violations, for various actions such as failing to provide employees with fall protection training and equipment. Above all, the worst part of this story is the injuries inflicted on the worker, but today I want to talk about a second reason to prioritize safety – the bottom line impact on company finances and productivity.

Had Cotton Commercial invested in its safety program, management would have enforced guidelines to avoid accidents and legally protect the company, procedures that do cost money to execute. However, these costs pale in comparison to the direct costs (such as the worker’s medical bills) and indirect costs (including the fines paid out, lost productivity time, insurance costs, and the company’s public relations black eye) of dealing with a safety incident. In fact, OSHA reports that workplace injuries, illnesses, and deaths cost the U.S. $170 billion annually.

Thus, in financial terms, it makes business sense to proactively spend the money on implementing and maintaining a strong safety program rather than reactively managing the outcomes of a safety incident. Recent research has observed that a quality safety and health program can save $4-6 for every $1 invested. Furthermore, through OSHA’s $afety Pays program, you can actually calculate the total costs of an incident occurring at your organization. I will also note that safety incidents impact financial outcomes at the individual level as well, specifically that workers earn 15% less on average over the 10 years following an injury.

Some exposures are more frequent and severe than others. The 2014 Liberty Mutual Workplace Safety Index (using U.S. Department of Labor data) reports that in 2012 the most disabling workplace injuries accounted for $59.58 billion in directs costs to organizations. Also identified were the top 10 leading causes of these types of injuries (84% of total costs), including:

Combining effective safety leadership and strong employee safety behaviors could have prevented many of these accidents, so it is important to identify areas in your work environment with the greatest potential of being vulnerable to these hazards. It never hurts to review your existing safety protocols to ensure that everything is up to code and enforced, and this will help reduce your incident rates, particularly in your work’s danger areas. Not only should the well-being of employees be of utmost importance, I hope you see the financial logic of spending a little now to save a lot later.