How Does Rude Treatment During an Interview Affect Job Candidates? 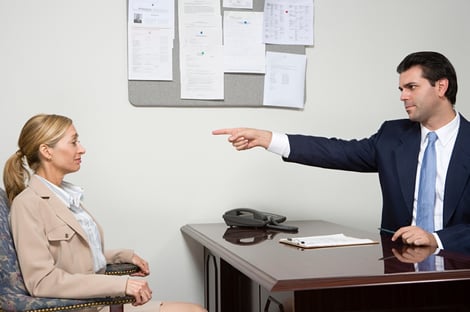 However, we sometimes don’t think about how (or forget that) our behaviors can positively or negatively impact a candidate’s motivation to continue in the job search or hiring process. A recent study brought this very notion to light.

How the study was conducted

In the study, the researchers investigated whether the candidates' motivations change if they experience rude behavior, or incivility, during the hiring process. Examples of rude behavior included a recruiter ignoring questions from a candidate, an interviewer making belittling remarks, or an interviewer blatantly cutting an interview short.

To better understand this relationship, the researchers first determined how candidates tend to attribute these actions towards them. Meaning, do they think it was something they did or do they think it was due to the situation? Overall, they found that the majority of the time (60%) candidates attributed these rude behaviors to external causes. For example, they may have suggested that the rude behavior resulted because the interviewer was poorly trained or didn’t care for her job.

Alternatively, candidates attributed these behaviors to internal causes 30% of the time. For example, they may have thought they didn’t have the right skills, experience, or education. It’s up to debate as to whether these attributions are warranted or not, but it is certain that this could have a negative effect on a candidate’s self-esteem and their desire to continue with the process. Finally, the remaining 10% of the time, candidates didn’t know the cause of the incivility.

While the results from this study don’t have direct implications for us, it reminds us that how we interact with candidates has a direct impact on candidates’ beliefs and future behaviors. As recruiters and HR staff, we need to be mindful that even very subtle, negative cues can influence the motivation of job candidates. With each interaction we have with candidates, it important to make sure that we are not transferring our negative mood to the candidate and providing candidates a positive experience. Having a pool of unmotivated job candidates does not do us any favors. It further limits the candidates available to us.

American humorist, Jack Handey, once said, “Before you criticize someone, you should walk a mile in their shoes. That way when you criticize them, you are a mile away from them and you have their shoes.” Well, the hiring process is certainly not the time for that!