Hospitals often look to selection solutions to reduce turnover. Some want to reduce legal risk. Some want to improve patient satisfaction scores. What about basic quality of care and reducing medical errors? 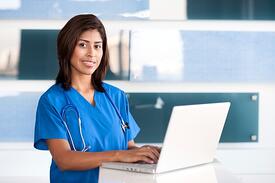 [A] small but significant number of health-care workers show disrespect for colleagues, dole out verbal abuse and engage in other unacceptable behavior. Now a new report suggests this kind of poor workplace communication can also contribute to medical errors, even if other preventive steps are being taken.

According to a two-pronged survey of operating-room and critical-care nurses conducted by their professional associations and VitalSmarts, a global training and consulting firm, 85% of 2,383 nurses surveyed said they’d been in a situation where measures put in place to reduce errors – including checklists or hand-off protocols — warned them of a problem that would have otherwise harmed a patient.

That’s the good news. The bad is that 58% of the nurses said they’d been in situations where it was “either unsafe to speak up or they were unable to get others to listen.”

The report focuses on what causes this type of communication breakdown, including three concerns that are rarely discussed by health-care teams: dangerous shortcuts, incompetence and disrespect. Among respondents to a separate survey of 4,235 nurses, 84% reported working with people who take potentially dangerous shortcuts, such as not washing hands for long enough, with 34% saying shortcuts had led to near misses and 26% saying they caused harm to patients. Some 19% say incompetence or lack of required skills have harmed patients and 20% say that disrespect is making them seriously consider leaving their profession.

An author of the study concludes: Teams need to create an environment “in which anyone can speak up to anyone about their concerns and everyone holds everyone else accountable for safe practices.”

We all know that it is incredibly difficult to TRAIN someone to demonstrate these behaviors. It is relatively easy, however, to SELECT candidates for these attributes. We’ve been doing it in other industries for decades. Every discussion about improving quality and reducing medical errors focuses on technology and process. Anecdotally, everyone recognizes that some nurses just seem to “get it” and others don’t – regardless of how many check lists and protocols we use. Selection can play a critical role in reducing medical errors.