Finding a Balance Between Productivity and Employee Safety 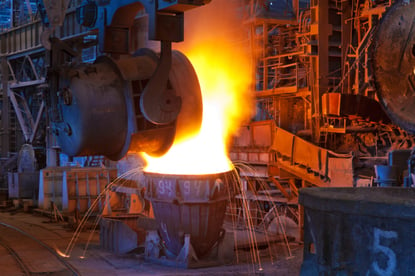 We all know the United States Steel Corporation as one of the leading raw materials manufacturers in America, but were you aware that when it was founded in 1901 with startup capital of $1.4 billion it was the largest business enterprise launched to date? That amount of money would be more than enough to get most companies off of the ground these days, let alone back then. U.S. Steel has since gone on to continuously expand its manufacturing capacity through organizational restructuring and the acquisition of numerous subsidiaries, making it one of the most profitable corporations in America. However, the steel industry is quite competitive, so maintaining its market advantages in meeting production demands has been critical to its success. Therein lies the topic of today’s discussion, the cost of prioritizing productivity over employee safety.

In September 2014 at U.S. Steel’s Fairfield Works plant in Alabama, a high-pressure furnace valve containing oxygen and hydrated lime began to malfunction. Federal regulatory guidelines mandate that faulty equipment must be fixed immediately, but only after all connected machinery has been locked out/tagged out to prevent employee exposure to hazardous energy. Unfortunately, the management at Fairfield Works chose to ignore these safety procedures by instructing three floor workers to manually open and close the valve while the furnace was still operating. Tragically, doing so caused the valve to explode, killing two of the employees instantly and severely burning the third.

The subsequent OSHA investigation revealed that plant management were aware that their decision exposed employees to unnecessary risk, but did so anyway because taking the appropriate steps to safely repair the valve would have required them to halt the production line for several hours. In other words, they prioritized meeting production deadlines over the safety of their employees. U.S. Steel was ultimately issued a willful citation for not developing a hazardous energy control procedure that would allow workers to safely repair the furnace while it is in operation, and seven serious citations for failing to develop a procedure to prevent the furnace from releasing hazardous energy while workers performed maintenance. On top of all this, the company’s reputation is now tarnished as one that does not place the importance of employee safety above their other interests.

Actions that increase employee risk exposures on the job stand in total contradiction to the main goal that we, as safety leaders, have of minimizing the number of accidents, injuries, and fatalities that occur in our organizations. Instead, managers should be identifying their employees’ safety blind spots and taking corrective actions to minimize the hazards on the job site, including working with employees to improve behaviors associated with their particular safety blind spots, and consistently implementing new policies for performing various tasks more safely.

Yes, productivity and profit are key to daily organizational functioning and viability, but it is ethically and legally wrong to sacrifice employee safety in order to meet a performance demand. The numbers do not lie, companies that demonstrate their credibility with current and potential employees by placing a high value on safety are usually among the most successful because people need to know that their employer has their back.