Are You Using Evidence-Based Hiring in Healthcare? 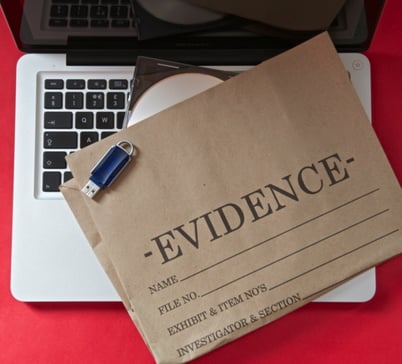 I’m old enough to remember when “evidence-based medicine” was a relatively new term. At its most basic, it’s an approach to medical practice and healthcare intended to optimize decision-making by emphasizing the use of evidence from well designed and conducted research. To people outside of healthcare, it would seem obvious this would be the ONLY type of medicine. But that’s not the case. A brief history:

Evidence-based medicine requires that, to the greatest extent possible, decisions about individual patients, and policies and procedures used to manage various conditions and patient populations, are based on evidence, not just the beliefs of practitioners, experts, or administrators. It tries to assure that best practices can be identified and implemented, in order to overcome clinical opinions, knowledge gaps and biases. It involves the use of formal, explicit methods to analyze evidence and make it available to decision makers.

Now think about your hiring practices. Are you comfortable that they are “evidence-based”? Are you making selection decisions based on intuition, biases, anecdotal evidence, and flawed data? How much weight are you putting into resume reviews or references? Do you have evidence that your own intuition, to whatever degree, is valid or reliable? (The scientific evidence says they aren’t.)

What about your interview program? Do you even have an interviewing “program”? Everyone interviews candidates but how objective is your process? How predictive? Research here also shows that most people aren’t good interviewers and a traditional interview isn’t particularly predictive. And are you using scientifically based behavioral assessments and the data they produce in the most effective manner? Just like medicine, there is an art to talent strategies, but there is more science than most people realize and most don’t take advantage of it – and just like medicine before the concept of evidence-based medicine, the outcomes aren’t nearly as good as they should be.

A recent Harvard Business Review article this month summarizes it up nicely: In Hiring, Algorithms Best Instinct – by Kuncel, Ones and Klieger, in the May, 2014 issue. The authors lay out the research showing that hiring manager intuition plays too big a role in traditional selection decisions because that intuition is mostly wrong! Moreover they show that a more deliberate approach with objective data yields better selection decisions.

Just like in medicine, we aren’t proposing that we completely eliminate the human component of assessing talent. But – just like in medicine, that human component should be an adjunct to sound, evidence based protocols. It’s time to think about “evidence-based hiring” where best practices are identified and implemented, in order to overcome opinions, knowledge gaps and biases, and includes the use of formal, explicit methods to analyze evidence and make it available to decision makers.