Most people know that it’s important to hire good leaders. There are all kinds of positive outcomes associated with focusing on hiring great talent. But what happens if you don’t? A poor hiring decision at the leadership level can be detrimental to your company. Consider these five side effects of hiring a bad leader.

1) There are hard costs associated with turnover

Assessing leaders, especially when you get to the executive level, isn’t always cheap. But the estimated costs of that employee turning over are much more expensive. Different experts provide different estimates, but a common citation is that turnover at the executive level costs anywhere from .5 – 2.5 times that person’s yearly salary. Would you rather spend several thousand dollars on a rigorous selection process to ensure you’ve identified the correct person for the job, or lose tens of thousands of dollars when you cut corners in the selection process and choose an employee that doesn’t work out?

Employee productivity is going to suffer without good leadership. Someone who feels underappreciated is not going to put in as much effort as someone who knows their work is valued. Even more concerning is that disgruntled employees are much more likely to engage in counterproductive work behaviors. Consider a supervisor who routinely passes his team’s work off as his own, without providing credit or even acknowledging the work of his team. That type of behavior might lead team members to put in less effort, or even take steps to sabotage their supervisor in extreme cases.

Poor leaders may fail to identify or develop high potentials among their employees. The loss of potential is hard to put a price on, but it’s not difficult to see. If someone works on a team where they are not encouraged to develop their skillsets or expand upon their expertise, their work may quickly become stagnant. Now compare that situation to one where employees are encouraged to explore their strengths, work on their weakness, and set stretch goals. If we expand this scenario over a period of several years, imagine how much productivity will be lost in that first scenario as compared to the second. Employees who have intentions to better themselves can only grow so much on their own. Those employees need a supervisor who will encourage their efforts and provide the tools they need in order to develop.

Related: 1 Tip from A CEO: Empower and Engage Your Employees

This one is pretty intuitive…a few unhappy employees can quickly lead to even more unhappy employees. Even if someone is inherently positive, it’s hard to maintain a happy demeanor in a culture that is consistently negative. Remember the old adage about one bad apple ruining the whole bunch? There’s a reason that anecdote has been around for generations. Check out our blog series on toxic leadership.

5) Turnover at other levels will increase

Unfortunately, it’s not always easy to undo a bad hiring decision. Research has shown that most people don’t quit their jobs because they dislike the work…many people choose to leave because of a poor fit with their supervisor. That can cause what we like to call the snowball effect. If one person takes the initiative to leave the company for other opportunities, others may be emboldened to do the same. As more people leave or express their interest in leaving, others may think the ship is sinking and jump overboard as well.

For all of the above-mentioned reasons, it’s crucial for companies to hire good leaders who plan to make a long-term commitment to not only the organization, but to the growth of their team and incumbents. Though the price of an executive assessment might seem a bit high, it’s money well spent to avoid the negative consequences of hiring a bad leader. 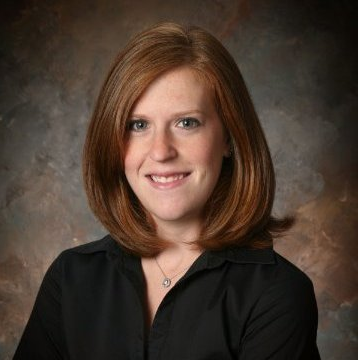 Christian Spielman was a Consulting Associate based in the Pittsburgh office of PSI Services LLC. Christian provides client support across many different industries including manufacturing, customer service, retail, and healthcare, with a particular focus on leadership assessment and development.