Laying the Foundations for Successful 360 Feedback 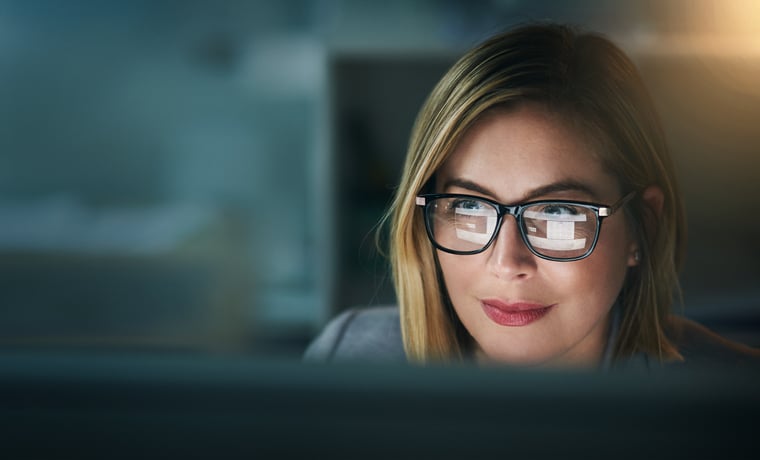 I’ve been working with 360 degree feedback systems and processes for the best part of 15 years. My first job upon completing my undergrad degree was managing the administration of a 360 system for a central government department. It was an amazing experience and gave me a great early insight into some of the benefits and pitfalls of applying 360 across organizations.

Ultimately, it was this experience that led me to pursue a career in Business Psychology, and 360 degree feedback remains one of my key areas of curiosity and interest.

More recently, I’ve had the privilege of working with organizations across the private and public sector all over the world, consulting with them on how to effectively implement 360 feedback processes. I use the word process quite deliberately as, for me, the actual 360 questionnaire is such a small element in the whole story. Yes, it’s important to ensure that the questionnaire is effective; the competencies or dimensions are observable, measurable, and discreet and that the online system works efficiently for all. However, before you click “GO,” serious consideration needs to be given to some vital elements that will have a big impact on how the 360 process is received, completed, and it’s overall worth to participants and the organization.

360 feedback systems when applied well are a gift. However, without consideration, it can very easily be seen as a “suspicious looking package” which people will ultimately steer well clear from.

One of the first questions we ask when speaking to clients about implementing 360 degree feedback is, “Why?” Why are you using it, and what is the intention behind applying 360? Good practice says that 360 degree feedback is best used for individual development only. While there is an increasing trend to use 360 as part of the formal performance management process, its real strength and value comes from development. Participants feel more comfortable seeking challenging feedback, and raters themselves are more likely to be honest and open without fear of tension and comeback. Read more on encouraging honest feedback for leaders.

Be clear and open about the intention behind your 360 process, and you will engage people early on.

Before you dive headlong into initiating a 360 process, it is well worth taking a step back and asking yourself, “What is the current climate of the organization?” and “How good are we at giving and receiving feedback at the moment?” If the organization is going through a difficult period, or if they are in a "survival" state of mind, then consideration is needed about how the 360 is managed and communicated, as this will influence the mindset of those providing feedback. Managed poorly, raters could use the 360 process to offload emotional baggage about the participant.

Understand the organizational climate and how well feedback is currently provided and received.

The main comments I hear when asking if people have undertaken a 360 process before are “Well, I had 360 done to me two years ago…” or “I was put through a 360…” or similar comments. This all sounds like yet another “implemented HR system” with little or no engagement from participants; is it any wonder it is viewed with suspicion? Good 360 processes engage key stakeholders in the design and development process. This can be things like workshops to understand and design the competencies and indicators used, design of the administration and rollout process, or even sessions showcasing the benefits and opportunities with 360.

Engage participants in the design and development process. Co-create the process in order to secure buy-in and clarity around the intention and rollout.

It’s all in the timing

Very careful consideration should be given to the timing of the 360 process. We recommend to clients that they allow participants and raters six weeks to complete their questionnaires. At first glance,  this may seem excessive, but this window does allow people enough time to schedule questionnaire completion in and among other work demands. A further critical point for consideration is rater overload and how this is considered in the timing. For example, if you decide to roll out 360 within a team cohort, all participants will request feedback from their line manager, and participants could very likely request feedback from their peers and colleagues. Both these scenarios will create high levels of rater overload with people having to complete multiple questionnaires. I once heard of a nominated Line Manager’s PA being asked to complete 360 questionnaires on their behalf, purely because they had too many requests.

Carefully consider how you plan to roll out the 360 process. Pay attention to and consider potential rater overload.

It is important to engage your participants, and engage them early. Participants can sometimes be unaware of the tasks involved in 360 degree feedback, particularly if this is the first time they’ve been involved as a participant. Often, participants see a six week deadline and de-prioritize their 360 until near deadline, therefore not giving their raters long to complete their questionnaires. Early communication allows you to contract with participants, clearly outlining the tasks that they need to do and the timelines attached. It also allows participants space and time to carefully consider from whom they would like to invite feedback and then reach out to them.

The other group that needs careful and considered communication is the raters who are invited to provide feedback on participants. These are the often overlooked group and if handled poorly, the first thing they see is an email invitation to the online questionnaire dropping into their email inbox. Ideally, participants will have already approached their raters explaining the process they’re going through and seeking permission to invite them to provide feedback. However, this does not always happen easily. Information that participants can pass to their raters, or raters can seek for themselves, can greatly enhance the quality and value of the feedback provided. Important things to consider are: the intention of the 360, the value and importance of their feedback, how their feedback will be used, confidentiality of their ratings, tips to providing feedback ratings, and the competency framework / model being measured.

Good, proactive and timely communications to participants and raters will have a huge impact on the quality and value of the 360 feedback provided.

As you can see, there are many fundamental elements that need considering that can have a huge impact on the success of the process. Think for a second, a key element of 360 degree feedback is to encourage and gather open and honest feedback in a precise and considered manner. If we are not open and honest with participants and raters in our communications and intentions around 360 feedback, the value will always have low impact and can even have detrimental effects on organizational climate.

Peter Clarke is Head of Product Consulting for PSI Talent Management International. He loves the deep focus on the individual and using that understanding to develop their personal performance, contributions to the team, and the ultimate impact this has on the climate and feel of the organisation. Peter also loves seeing how supporting people with their Emotional Intelligence helps people be present, engaged and be happier in work and home lives.