Emotional Intelligence Is A Verb 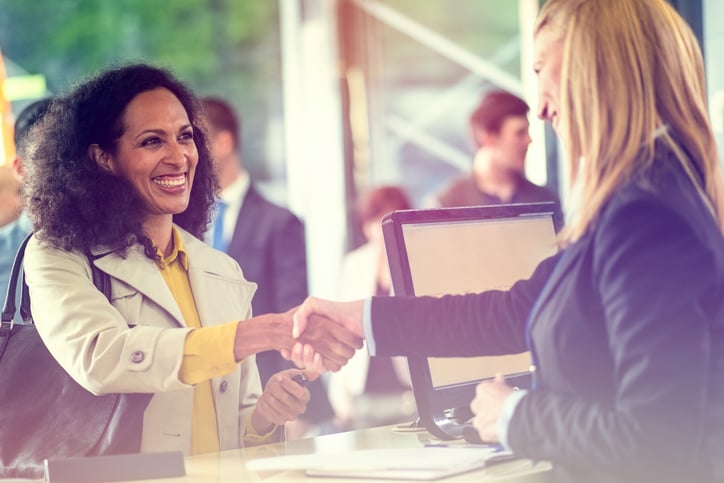 A few weeks ago, I was running an EI development course with a technical organisation, and my colleague and I were drawing on our collective resources to engage a delegate who had been encouraged (okay, told) to attend. All signs suggested he wasn’t at all sure if any of it was for him.

Intriguingly, part way through when asked what he had learned so far, the thing that had stuck was that "Emotional Intelligence is a verb." This simple statement of defining EI as something we do – a process and not a noun – opened his mind, and more significantly, provided a sense of possibility to someone others may cast off as lacking in this critical workplace skill.

This got me thinking and reflecting on the subtle, yet profound implications which arise from how we define and therefore develop Emotional Intelligence. PSI’s model of Emotional Intelligence sees our attitudes and emotions as critical to whether we are being emotionally intelligent or not.

Is EI stable or dynamic?

While we may have some habits which lead others to describe us as being emotionally intelligent, all these go out the window when our emotions (typically fear, anxiety, or anger) take over and we behave in ways you wouldn’t normally associate with EI – blaming, withdrawing, or our own personal style of being defensive. Take me for example. One minute I am showing empathy for my daughter who has a mock SAT – managing myself and generally being mindful and grounded – the next I am shouting at my husband blaming him for the internet being down when I have to download an important document for a meeting (oops, sorry!). So is my EI suddenly eradicated, my competency questionable? No – because it’s a verb, a "doing" thing.

The mixed model of EI suggests that we can define it as a combination of character and ability/competence. Emotional competencies are not innate talents, but learned capabilities that must be worked on and can be developed to achieve outstanding performance. From this point of view, I might be seen as either lacking skill or innate capacities, yet this implies that Emotional Intelligence is more of a thing – a noun, rather than a verb. I can’t change my innate capacities and once I have developed a skill/competency, like driving, it could be considered something I now "have." Yet, my Emotional Intelligence is changeable; sometimes I do it and sometimes I don’t.

Related: Three Competencies to Measure in Your Hiring Process (Regardless of What Job You're Hiring For)

To build on this point, consider "awareness of others" an aspect of EI all models agree on. This manifests itself most obviously through showing empathy and listening to others. Listening and showing empathy could both be seen as innate human capacities (unless one is hearing impaired). (See this article for research on mirror neurons, which posits we have an innate capacity for empathy.) Whilst we will vary in the extent to which we have developed our listening skills – describing it as a habit helps to make sense of the fact that it varies – according to my attitudes (do I like the person I’m listening to? Do I think they are worth listening to?) and emotions (am I tried or cross?).

Thinking of EI in terms of habits, attitudes, and emotions helps explain why EI is a verb; a "doing thing." This suggests that we need to pay attention to and learn how to change our attitudes and emotions if we want to act with Emotional Intelligence. More importantly, this is something we can all learn to do.

This approach is well-founded in neuroscience, where neuroplasticity (the malleable nature of our brains, in other words you can teach old dogs new tricks) suggests that we are habit-forming and that where we choose to place attention leads to our habits of how we relate to ourselves and others (another working definition of EI). Or, as Rick Hanson puts it, what wires together, fires together. This suggests that, as opposed to developing a competency or capability, what we need is to develop the capacity to direct our attention and strengthen helpful habits.

Most important of which is knowing our own state or mindset – who is in the driver’s seat? It seems we have two primary drivers. Nobel Prize winning psychologist, Daniel Kahneman, in his dual process theory calls these two aspects "system one" and "system two." Steve Peters (the sports psychologist renowned for working with the British Olympic cycling team) refers to them as the "chimp" or "computer" and posits the need for "chimp management."

So if Emotional Intelligence is a doing thing, how do you do it (more often)?

Sophie Seex is a Principal Consultant for PSI Talent Management International. She is a Chartered Occupational Psychologist and she has been practising and teaching mindfulness for the past 20 years and uses this as a tool to develop Emotional Intelligence. Sophie loves creating and hosting spaces for people to learn. There is nothing more rewarding than seeing people make new connections and insights and feel safe enough to show authentically.