How Emotional Intelligence Can Improve Your Bottom Line 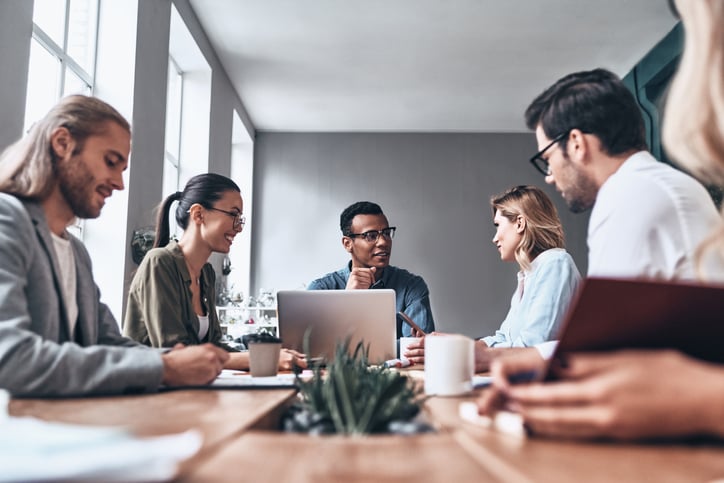 We’ve all been there at some point in our careers, sat in a meeting room surrounded by colleagues, agenda in hand but just not quite seeming to get "there."

"There" being the end goal of deciding on something, creating something, achieving something. Or we’ve chatted away on the phone to a customer services adviser, trying to deal with a situation and the person on the other end just doesn’t seem to want to help you. I can say right now that creating the right climate within an organisation can increase productivity by 22% – at PSI, we’ve measured that within our clients. But what is the cost to an organisation when the right environment isn’t in place and defensive behaviours are kicking in amongst employees and leaders?

First, let’s rewind and start with what defensive behaviours are. Labels we use from a psychology point of view include domineering, detached, guarded, avoidant, compliant, despondent. In simpler terms, they are behaviours that stop us being as effective as we can, or stop us from helping others be effective. Yet in the reality of the workplace, how do these really show themselves day to day? Imagine you are in a meeting and realising that you have not prepared enough – you can find yourself withdrawing from the discussion and contributing less. As you begin to feel less sure of yourself, you protect yourself by speaking less. This is a defence, and we use defences when we feel threatened. Some defences look very different – a common one when we feel undermined may be to speak over people, seek to dominate the conversation. Both are every day behaviours that we at PSI hear about in many organisations and so often they are thought of as unchangeable.

Do you truly understand how these behaviours can affect an organisation’s bottom line? The easily quantified costs are metrics such as increased sick leave, not only from those displaying defensive behaviours (burn out, stress) but also those impacted by these behaviours (distress, anxiety). The CIPD Absence Management Annual Survey Report 2016 shows that stress tops the list of the most common causes of long-term absence, and sits in second position for the most common cause of short-term absence. It goes on to explain “workload, nonwork factors and management style are still reported as the top three causes of stress at work.” The Centre of Economic and Business Research translates the very real cost of this to the UK economy as being £18bn in lost productivity - with it worryingly going up to £21bn in 2020 and £26bn in 20301. An equally worrying short term cost for organisations are people being in the workplace but not really being present – impacting their performance, productivity, and quality of interaction with clients. This hits the HR department as a cost (direct and time) when they find themselves constantly recruiting due to high staff turnover and managing absences from an admin perspective – all keeping an organisation within a surviving mindset rather than a thriving mindset.

Defensive behaviours also damage and drain the bottom line through less immediately quantifiable aspects that are just as – if not more so – serious in their impact. Frequent and sustained defensive behaviours can corrode an organisation from the inside out and in the long-term, become accepted as the “norm,” creating cultures that are highly risk-averse, blame orientated, and overly reward individual success over organisational performance.

This often starts with defensive behaviours in the board room or management levels and if left un-checked within these populations, is one of the quickest ways to hinder growth and undermine business success. Leaders and managers that are easily triggered into using defensive behaviours (or worse, depend on them) are quick to disengage those around them and erode one of the most important components for organisational success – psychological safety. Working in such an environment, employees are unable to focus their full energy on collective success but instead expend energy on un-productive behaviours such as playing it safe, internal impression management and office politics. Ultimately, collaboration, innovation, and pro-active engagement needed to thrive during these disruptive and competitive times, is stifled.

Organisations that invest in Emotional Intelligence recognise that EI is key in harnessing the true potential within their workforce. By supporting ‘John’ to realise his own defences and the consequences of his behaviour, he can make a sustainable change from a manager who doesn’t listen to his team, micromanages and talks over employees – to someone that doesn’t feel the need to control and can instead be a supportive influence, trusting his team and providing guidance as needed. Meanwhile, ‘Sue,’ in Finance, who previously felt too undermined or shy to share her opinion, is now communicating better and coming up with innovative ideas to improve processes and engage with clients. By giving employees the tools to do this, organisations create a collaborative and communicative environment, which strives for a shared goal. And all of this with the knock-on effect of improving the bottom line.

[1] Centre of Economic and Business Research commissioned by workplace absence management specialists, FirstCare is part of a wider report, Change at Work: How Absence, Attitudes and Demographics are impacting UK employers.

John Cooper joined PSI at the end of 2018, through the acquisition of JCA Global, the leading experts in Emotional Intelligence (EI) for business. John was the co-founder of JCA Global and CEO for over 15 years, helping global brands such as Starbucks, the NHS and the BBC develop emotional intelligence within their businesses to improve business performance and employee productivity.