What Characteristics Make Someone an Ideal Candidate for Any Job? 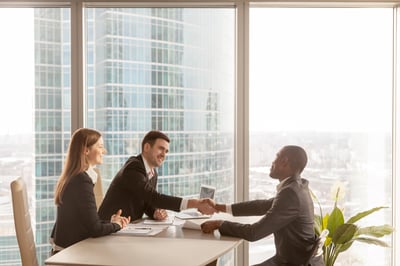 This past weekend I had the pleasure of seeing “Captain America 2”, the next iteration in the Marvel Superheroes saga, as it rounded off its last few days in the box office. This past Tuesday, I found myself at a client site being asked the question – “What five characteristics do you think would make someone an ideal candidate for any job?” I waffled, told my contact that it would be largely job specific, and that making generalizations that broad wouldn’t do an organization any justice. But yet … we do this all the time. HR pros call these Organizational Core Competencies, and we use them to build the foundation upon which our entire HR functions, measures, and evaluates.

After being backed into a corner and told I was forced to start an organization, I decided, for the sake of this argument, to call it SHIELD. How would I do it? What five areas would I frame as the “essentials?” I decided to look no further than one of the leaders of the service-unit of SHIELD, Captain America. To me, Captain America embodies 5 of the most important factors I think you’d need in any job.

Captain America has been artificially blessed with godlike abilities, and he still takes time to run sprints around the nation’s capital. Although we aren’t extremely sure how his super-serum works, odds are he’d still be able to be his awesome self without those sprints. Yet, he’s still willing to sweat it out like his peers.

That shield doubles as a parachute, right? No. Captain America cares not about what environments he has been thrust in, but rather, he knows that as long as he is adaptable, thinks on his feet, and is flexible to react to the world around him, he can and will be prepared for anything.

Cue mid-movie, a series of very foreboding looking gentlemen repeatedly fill his elevator as they continue to go down floor by floor to the lobby. At some point in time, he realizes that all of the jacked dudes in business suits aren’t a coincidence and he gears himself up for a fight. But before he does, he takes a few seconds to say, “Before we begin, would anyone like to get out?”

Even in the face of antagonism, being able to say something calm, cool, collected, and polite to boot, is just one heck of a way to mitigate any unexpected conflict in the workplace.

This term is a bit of a fancy term for people wanting to describe an anti-political mindset and people geared towards ensuring fairness. You could see how this could be beneficial for someone in an organization.  When people play fair and nobody is trying to cut others down on the stairway to the C-Suite, a great work environment culture can be cultivated.

As our world continues to move farther away from goods and more towards service, the need for people who are level-headed with a resistance to frustration becomes more and more paramount. Secret recipes to success are no more, so it is expected you may encounter frustrations along the way. After all, the guy down the street has the same thing as you and is probably slinging it at a cheaper price.

Having someone who is willing to let the situation develop, evaluate what is needed to succeed, and implement it without making any impulse moves may not always let the “early bird catch the worm,” but it is a safe way to guarantee client satisfaction with as little risk as possible.