What HR can Learn from The Office

Even though The Office series has ended, we still remember it well. Some of us are probably re-watching it on DVDs just to relived each moment.  Why was (is) that show so popular? I’ll tell you why, because it’s believable.  Unless you’re one of the fortunate few, your office probably has a Dwight, Jim, Pam, Toby, and of course a Michael Scott.  Poor Michael ... you’ve got to feel for him.  It pains me to watch awkward situations manifest, and Michael manages to create that face-in-hand, head shaking experience regularly.

I’m going to call it how I see it.  Michael is a pretty ineffective boss.  However, we find in Season 5, that Michael was once one of the best salesmen in his unit, winning consecutive best salesman titles.  At this point, we learn that Michael earned his position as supervisor and we suddenly shift our perspective from “how did he get there?” to “what happened?”

What happened at Dunder-Mifflin is something that happens in a lot of organizations. If you have an opening for a higher level position, who do you promote?  The highest performing individual!  This same process of promoting within happens over and over at all levels. What most people fail to consider when they are deciding who to promote, is that at a certain point in the corporate ladder, the promotion job is fundamentally different from the individual contributor position at which they excel.  The differences are most apparent when someone, much like Michael Scott, moves from an individual contributor into a management position.

Enter the “Peter Principle,” which I’m going to lovingly rename the Michael Scott Effect.  It states that so long as individuals work competently, they will be continually promoted until they reach a position at which they are no longer competent.  There they will enter a career-path and stall. Being unable to garner any further promotions, they work at what Dr. Laurence Peter called their “Lowest Level of Incompetence.”  He goes further to state that work is accomplished by employees who have not yet reached their level of incompetence, a scary thought to say the least.

Let’s backtrack.  What if Dunder-Mifflin formalized an assessment process for Michael Scott’s position?  What if they identified the key leadership competencies for Regional Manager and assessed Michael against those? Using personality, a common component of leader assessment, we could have probably predicted Michael’s “Peter-ing out.”  We’d probably find that he is extremely extroverted (an important aspect of sales), yet emotionally unstable, and has poor work ethic and organizational skills. The latter characteristics are major predictors of managerial inefficiency.  These characteristics may not have been visible to others when Michael was in his sales role.  His extroversion helped him to shine as a high sales performer, and masked the more negative personality traits, which would be called upon in a managerial job.

But herein lies the moral of the story.  It’s extremely important and necessary to identify key competencies at all levels within an organization and to use some standard process to assess for them.  This is no more apparent than when the promotion is from an individual contributor to a manager.  Who knows what Dunder-Mifflin would look like if the company used this approach?  Maybe Michael Scott would still be one of the top salesmen, and perhaps someone like Jim, Toby, or Pam would be managing the office.

Then again, it probably wouldn’t be as funny to watch and the series would have ended a lot sooner. 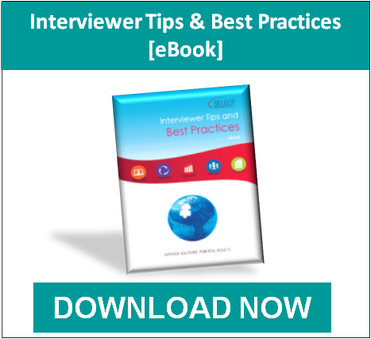