How to Audition Candidates to Find the Best Hire

Think of your favorite movie. Maybe it’s Titanic, or Fight Club. Perhaps it’s a classic like Gone With The Wind, or a modern blockbuster like The Dark Knight Rises. It might even be an obscure title like Un Chien Andalou. I’ll presume you’ve thought of the movie, so I will now attempt to astonish and amaze by revealing the magic of Hollywood. Are you ready? Okay, here it goes: your favorite movie wouldn’t exist without the practice of hiring based on competencies. Did I blow your mind? 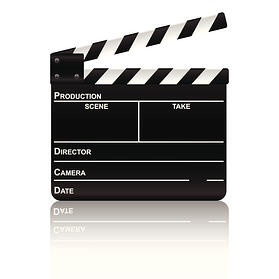 Let’s break it down (in the deconstructive sense of the phrase).

A movie has several key ingredients that come together to create a final recipe – a metaphor within a metaphor … in a metaphor- is this inception? Of these ingredients there are 3 major components: an idea (usually in the form of a script), a production team and a cast of actors and actresses. We’re going to focus on the latter.

But what happens in an audition? Similar to a hiring manager, an audition is usually supervised by a casting director. In both cases, this person knows what to look for in the candidates in order to find the right fit for the role. But unlike a formal interview where traditionally the employee representing the company will ask the candidate a series of questions, an actor is given the opportunity to physically demonstrate their skill set and ability to perform the job. In hiring scenarios at most companies, the employer isn’t given the opportunity to observe the candidate in the role until after he or she is hired. At this point, if the candidate – now the new employee – fails to perform as predicted, not only is the employer faced with a new problem, but they have also wasted a lot of time and money.

Don’t you wish there was a way to audition every candidate as though you were casting a movie? While it’s unfeasible to put every candidate in the role they’re applying for to see how well they’d perform, there are other ways to achieve similar results;

When you implement employee assessments into your hiring format you are taking advantage of a tool that allows you a sneak-peek at how a candidate will perform on the job without the added time. In fact, you end up SAVING time (and money) when you select candidates using employee assessments. You also start casting the right people for the right parts. So, isn’t it time you gave your hiring process the Hollywood makeover it deserves?

Now someone yell “cut!” so I can wrap this up. 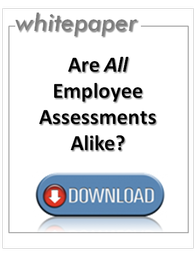