A Look at Injury Rate Trends in Key Industries: Is Manufacturing Lagging Behind?

When you think of high hazard industries, where people can easily be injured or killed at any moment -what comes to mind first?   Personally, I often think of crab fishing up in the Bering Sea, thanks to a popular TV show.  But aside from that insanely dangerous line of work, most people probably think of certain industries such as construction, mining, transportation and others.  Many jobs in these sectors certainly have inherently higher risk levels due to the nature of the work, and historically higher than average injury rates.  However, advances and improvements in safety over the past few decades have resulted in significant improvements in injury rates across many sectors.  And since 2008, recordable injury and illness rates have actually been slightly but steadily trending downward in these key industries.  This is a very positive trend considering the occupational risks of many jobs in these sectors. 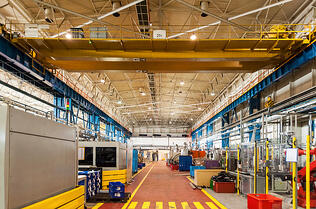 What about the manufacturing sector, though?  How does it compare to these other industries which are often considered to be more dangerous?  Given our nation’s strong manufacturing history and its recent re-emergence in some industries, I was curious to see if it was also showing a similar decrease in injury and illness rates in that time period.  I was somewhat surprised when I looked at the BLS data.

If you look at the injuries and illnesses reports from 2008 through 2011, manufacturing actually has similar or higher injury rates than the construction, mining, quarrying, oil and gas extraction, and trade, transportation and utilities industries since 2008.  The table below shows that while incident rates in those other three industries have steadily declined (for example, mining/quarrying/oil and gas extraction has decreased each year from 2.9 to 2.2) in that time period, manufacturing incident rates decreased only in 2009, and then have held steady or slightly increased since then (4.3, 4.4 and 4.4 from 2009-2011).

occupational injuries and illnesses from 2009-2011

Not only does the Manufacturing sector have recordable injury and illness rates that are higher or comparable to these other three sectors but it is the only one of these four major industries which has failed to show a steady decrease in injuries in recent years.  Why is this?  Doesn’t manufacturing have a lot of jobs with lower risk of injury compared to these other sectors?

It is difficult to pinpoint one main factor behind this data.  Most likely, it is the result of various industry-specific factors and trends.  It is possible that construction and mining employers or contractors have more stringent prequalification processes which influence the incident data in different ways.  Or the highly hazardous nature of these industries may simply result in more effective hazard mitigation processes and better safety cultures, which have recently driven down incident rates.  Alternatively, the manufacturing sector perhaps represents a greater variety of organizations in terms of specialty, size, and job requirements and occupational risk.  Many other factors could be involved; these are just a few potential variables.

Regardless of what the underlying causes may be, however, we can at least conclude one thing from this.  Manufacturing organizations certainly have room for improvement in terms of improving safety performance.  Whether it’s through more sophisticated safety management systems, improved training programs, or changing the culture of the company by hiring and developing the right type of safety leaders, the manufacturing sector can regain momentum and start reducing injury rates as it has in the past. 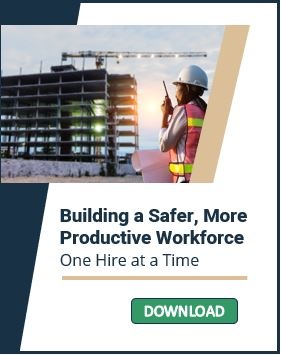