Are Your Employees Wired to be Safe?

What makes us who we are? Is it our parents? Our environment? Are we born a certain way? The answer is yes to all three. There are several factors that ultimately make us who we are as adults. Some we can control … others we can’t. We know, however, that siblings raised in an identical environment often turn out very different. Two children with the same parents, living in the same home, going to the same school; yet one excels in sports and the other in academics, one is a master of music while the other can barely play the radio. Why? It has a lot to do with DNA and how they are wired at the cellular level.

What if I told you that the same principal can be applied to safety? Employees attend the identical training, are issued the same PPE, and yet some are more apt to be injured than others. Just like the siblings there is the additional component of DNA. Fortunately, there are ways to measure the factors that increase a person’s safety risk. We call it SafetyDNA.

SafetyDNA gives a person a clear understanding of their personal safety characteristics and places them into one of four profiles: 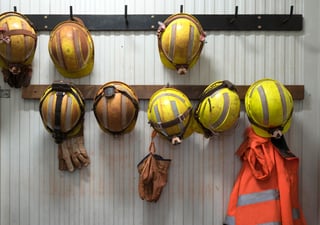 The profiles are built on the S.A.F.E. model which evaluates how individuals are wired in specific areas:

Each profile has its strengths and blind spots, but the key is to know your profile and approach safety by looking at it in a different way.

If we think about it, we all know people who fit into these profiles. Over the next few weeks, we’ll look at each one and give examples of individuals who fall into each.

Almost everyone knows the character Sheldon Cooper from the CBS hit television show, The Big Bang Theory. In a way, it is funny because if asked people will often say, “I don’t watch that show” yet everyone seems to know all characters in the show (It’s okay, you can admit it, we all know you watch).

Sheldon is the classic Fire Chief. Let’s take a quick look at the profile and compare how Sheldon stacks up against the characteristics of a Fire Chief.

Stays in Control – Sheldon loves control and rarely let’s emotion get in the way. Whether it’s where he wants to sit in a room or where the group orders takeout from. Sheldon is in control of the situation.

Aware of Surroundings – Sheldon is always aware of what’s going on in his environment, sometimes to the dismay of those around him. He notices the smallest thing out of place and is quick to point it out. A good rule of thumb … don’t touch his stuff, especially his action figures.

Follows Rules – If rule following were an Olympic event Sheldon would be the all-time gold medal holder. Sheldon lives for rules and thinks everyone else should as well (as long as they’re his rules).

We’ve already covered his takeout rule so here are a few other Sheldon favorites:

Lastly, I couldn’t mention Sheldon’s rules without noting the Roommate Agreement which covers a large list of topics such as: body snatching, Skynet, and Godzilla. Poor Leonard.

Exhibits Caution – Sheldon takes caution very seriously. So much so that spending a night in his apartment requires you to go through a safety briefing. During the briefing Sheldon will cover exits and what to do in a power outage. After the briefing, you must pass a proficiency test to ensure you can exit the apartment in the event of an emergency. To quote Sheldon when asked if he were kidding; I never kid about safety.

Next time will discuss the Professor profile. 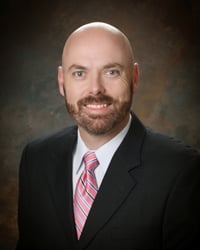