Are You Putting Your Customers at Risk? 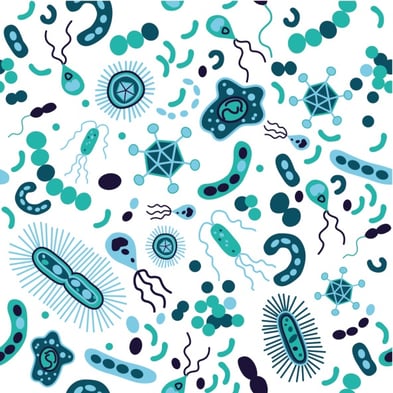 A quick 40-minute drive from Texas A&M University where I’m working on my doctorate is a small town you’ve probably never heard of called Brenham. Otherwise relatively unmemorable, Brenham is locally famous for being the headquarters of one of the oldest staples in Texas, Blue Bell Ice Cream. Founded in 1907, Blue Bell has steadily grown to become the second largest producer of ice cream products in the United States, expanding distribution to 23 states and adding two factories in the last couple decades. It has even become a popular attraction for the public, I’ve taken my kids there several times to tour the factory and sample some of the dozens of flavors they make. If you ask any Texan, they will tell you that Blue Bell is as big a part of Texas as the Alamo (well, maybe not that big). That’s why I, just like everyone across the state, was shocked to see Blue Bell abruptly pulled from the shelves earlier this year.

The entire product line was recalled due to an outbreak of listeria, a bacteria that can cause serious and sometimes fatal infections in those with weak immune systems such as children, the elderly, and sick adults. The Center for Disease Control (CDC) has identified 10 cases linked to Blue Bell products dating back to 2010, and unfortunately, three people in Kansas have died from their exposures. At this point investigators have not located the origin of the bacteria strain, but are concerned that it may have been present in the factory for the entire five years. It can move around a factory easily and can live on foods, pipes, drains, and many other surfaces, making cleanliness and bacterial control a major task in any food factory.

You may wonder why it took five years for the recall to take place. Only one instance of listeria occurred in 2010 which isn’t cause for an investigation, as people can be exposed to listeria from a variety of foods. Furthermore, according to the Food and Drug Administration (FDA), approximately 1,600 cases of listeria are diagnosed yearly, 16% of which result in death. However, as you can see, even just the three deaths over the past year and a half can destroy the reputation and viability of a large manufacturer.

A wealthy Texas oil tycoon recently invested a large amount of money to help Blue Bell eradicate the problem so that it can begin making ice cream again, and we should see it back on the shelves within the next few months. Unfortunately for Blue Bell, the damage has already been done for some consumers, as many people fear another outbreak and say that they will never again buy their products. But should people really be making such definitive statements and refuse to give them a second chance? This is certainly not the first time, and probably not the last, that a manufacturer has experienced a major quality control problem like this. Many of you may remember the mad cow beef scare that almost bankrupted Jack in the Box years ago, but they have clearly bounced back and are among the top fast-food providers to date. I expect as much as people love Blue Bell, the same will happen over time. They are paying heavily for this outbreak, and I hope they have learned from the experience.

We generally talk about workplace safety in the context of reducing incident rates for employees on the job site, but for many manufacturers, particularly those who produce food items, drugs, and various other products that people put in or on their bodies, customer safety is also critical. Not just for the financial bottom line, organizations have a responsibility to maintain quality controls that keep their products safe for consumers. Employees and management alike must be sure to follow all health and safety codes so that cleanliness guidelines are met, exhibit caution to avoid contamination during production, and be aware of their surroundings in production areas so that the introduction of any impurities is quickly recognized and removed. Safety leaders must also hold employees accountable for quality control standards and be consistent in enforcing FDA regulations.

While training and process safety management is tantamount in these types of work environments, it is also important to look at the personal safety of each individual employee. Having a SafetyDNATM report available on all team members - including leaders – can help organizations be more proactive about safety at the individual level. For example, some employees in a food preparation area might lack attention to detail, which specifically increases the chances of food contamination in that environment. Or, a given supervisor may have a high tolerance for risk, which leads him/her push the boundary on a given FDA regulation. By giving these employees feedback on their personal blind spots and how they specifically impact safety on the job, we can help them adjust their behaviors in order to improve safety for the customer as well as the organization.