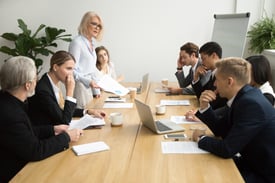 In 2015, women represented around 47% of the total labor force. Not bad. However, a review of S&P 500 companies shows that women hold 5.2% of CEO positions, are 11% of the top earners in the company, and hold about 21% of board seats (Catalyst, 2016). Other studies, such as Devillard, Sancier-Sultan and Werner (2014), have cited a similar pattern of underrepresentation of women at the top of organizations. There is much to discuss on the topic, which is why this is just the first of a series of blogs on women in leadership. But first, let’s talk about why it is important to have more women in leadership roles. Business sense and academic research work together to identify why women leaders are a positive for your organization. 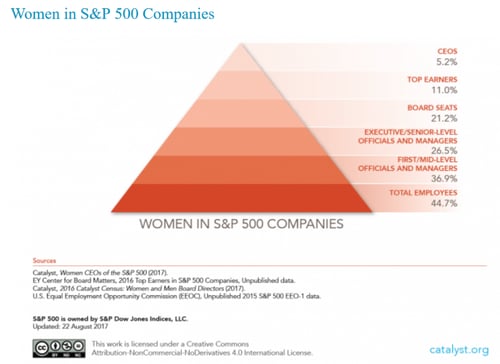 Whether to help the bottom line, provide fair and equal opportunity, or maintain a balanced and effective strategy, companies will benefit from a diverse leadership team. Stay tuned for future blogs where I'll dig into some of the theories and explanations for the gender gap in executive leadership.

Boulouta, I. (2013). Hidden connections: The link between board gender diversity and corporate social performance. Journal of Business Ethics, 113(2), 185–97.