5 Healthcare Talent Predictions From 2011: Did We Hit the Mark? 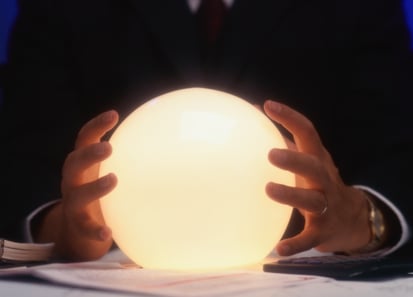 Would the Repeal of Healthcare Reform Change Your Talent Strategy?

Recall that we were in the early stages of implementation of the Affordable Care Act and within just a few weeks of each other, the House of Representatives voted (for the first of many times) to repeal the Patient Protection and Affordable Care Act and the CMS had just published its proposed Value-Based Purchasing rules. There was an irony to the situation: while Congress fought over “Healthcare Reform” – real reform continued, and was going to continue, no matter what happened in D.C. We noted that reform had been underway for several years and would continue because the current situation was, and still is, simply not economically viable.

Some things don’t change, do they? The Senate recently sent to the President, a Bill to repeal the Affordable Care Act, even though we are far into its implementation and while it’s hated by some, many of its provisions, at least individually, are popular with most Americans. Rather than a real discussion about how to continue the evolution and improvement of our health care system, we are still fighting about Obamacare. When’s the last time you heard a substantive, informed and reasonable discussion about the real problems facing our healthcare system, and potential solutions?

Our observations five years ago:

What did we see as important for healthcare talent strategists in 2011?

Where are we five years later?

In 2011, we were looking at that beginning of a long road. In 2016, some are farther along than others. Most have realized the impact of talent strategies and are seeing the initial rewards. As we think back to the broader issues of reforming our healthcare system, I’m reminded of a blog from last year, when we talked about Michael Dowling, CEO and North Shore Long Island Jewish, and his keynote at the Becker’s Hospital Review event – here’s what we wrote then:

Dowling, in his keynote, noted that much of the conference was about operational strategy – how to form and run an Accountable Care Organization, respond to reimbursement changes, population health, and so on. But, success or failure in this “series of experiments” will depend, to a large degree, on our ability to change the way we think, as an organization, and as an industry, and that means how we think and behave individually. Can we create a culture that overcomes the limitations of the traditions of healthcare, including the tradition of valuing autonomy over collaboration?

I think that last statement sums up where we are. In 2011, we were thinking about the structure and operational functions of our health system. Now we realize that we are in the middle of a “series of experiments” and success or failure will depend, to a large degree, on how we think, how we behave, how we adapt, and how we build a culture around people who can get the job done. We are optimistic, and excited – about what we’ve been able to accomplish with our healthcare partners, and what we see others are doing. It’s been a fun five years and we are ready for the next!