3 Things Sales Leaders and Championship Winners Have in Common 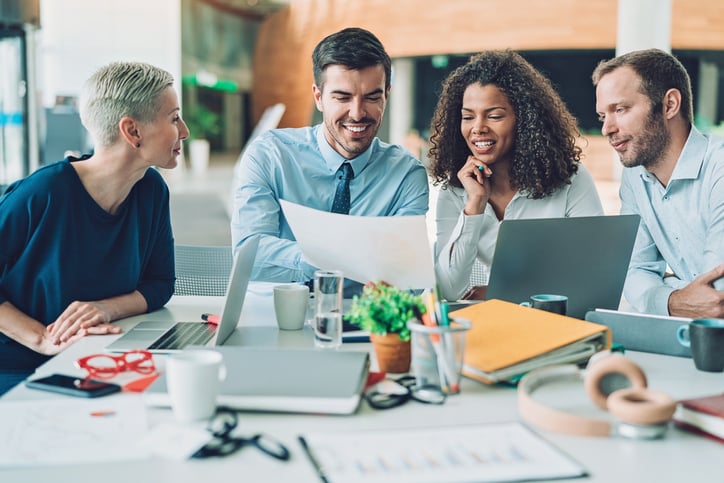 Before the Cleveland Cavaliers won the NBA championship, it had been 52 years since the last championship was won by a major sports team in Cleveland, Ohio. It’s safe to say that Cleveland isn’t known for its sports wins. However, like winning sports teams, organizations that truly win and are successful year after year have effective and motivational individuals leading their respective teams to accomplish their sales goals. The Cleveland Cavaliers epic win is no doubt a great example of what great leaders can do for an organization and, in this instance, an entire city.

There is a specific and important distinction between individual contributors and leaders. Effective leaders have a unique skill set, and the recent accomplishments by the Cleveland Cavaliers are a perfect example of that. Just like anything in life, sometimes organizations are in the right place at the right time.

1) Setting a Vision & Motivating Others

We know that achievement motivation is a top competency in effective salespeople. But what makes an effective sales leader depends heavily on whether you can rally the troops. Often, opportunities and goals are subject to setbacks and unforeseen obstacles. It is the leader who needs to navigate these obstacles and keep the team motivated when morale or drive is suffering. If the leader cannot influence others to become motivated around a common goal, the entire team will struggle to be effective. This is more than just being positive in the face of adversity, it's convincing others they should be positive and continuing to help the team envision a winning outcome; it's setting a clear vision and convincing everyone that it can be accomplished.

For the Cleveland Cavaliers, there were countless examples of this throughout the year and playoffs. Probably the most pertinent example was something that happened after the Cavaliers went down three games to one in the NBA finals. Faced with a daunting task of winning three games in a row against the best team in the NBA, the Cavs General Manager, David Griffin, wrote a note to the players and coaches. The note read:

“I think all of this will mark the wait for a Game Five victory in Oakland, followed by a Game Six win at home, in our ultimate triumph, an epic Game Seven in Oakland. More reality to you than a dream. This is going to happen!”

David Griffin is certainly a leader who believes something big could be accomplished and does a great job conveying that message to the team.

Simply motivating and inspiring a team is not enough, though. There are many instances of coaches, players, and leaders giving emotional motivational speeches before important games, only to be defeated. Making strategic and in-game decisions are hugely important for accomplishing goals.

This includes making tough and unpopular decisions. Leaders who can analyze information and make good decisions are more effective than their counterparts. The leader not only needs the mental horsepower to interpret information, but they also need the personality and confidence to trust in the decisions they make and follow through with them. Another competency commonly found in effective salespeople is general cognitive ability − logical reasoning and interpreting information quickly and accurately. Being able to process information is important for sales success, and  it's even more important in sales leadership positions.

Of course, this is much easier said than done. The Cavaliers leadership team and coach made two very important decisions that helped them achieve their ultimate goal. The first decision was more strategic in nature and came with a coaching change halfway through the 2016 season.

Although Cleveland’s previous coach, David Blatt, was coming off an NBA finals appearance and had the Cavs in first place, it was clear that something was not right with the team. The Cavs GM decided to make a mid-season coaching change and promote then assistant coach, Tyronn Lue, into the lead role. This decision was met with much discussion and some negativity by the popular sports press. It is rare to fire a leader/coach mid-season, much less a team in first place.

The second decision was a more in-game decision to stick with a struggling player. Kevin Love, one of Cleveland’s star players was struggling in the finals and coming off a concussion in Game Three, preventing him from playing in Game Four. Sports analysts and broadcasters covered Love’s struggles in the finals and it was widely seen that he was not playing up to his potential.

However,  Cleveland’s head coach, Tyronn Lue, made the decision to stick with Kevin and started him in Game Seven. Although Love’s numbers did not look particularly special, his 14 rebounds (for offensive), nine points, three assists, and two steals really set the tone for the game and helped the Cavaliers win a road game against a tough opponent.

Effective sales leaders need to practice what they preach. Do you ever recall seeing a leader tell you what to do and then see that same leader doing the exact opposite in similar situations? That can completely demean their message and their respective teams will then face a decision about how to act. Should they do as the leader says or how they do? It goes without saying that effective leaders' words, actions, and behaviors work together to tell one story. They are setting the example and will hold others accountable to act in ways that are in alignment with their vision. Two key competencies, communication and accountability, are found in effective sales leaders that help them to lead by example.

I believe that there is one stark example to point to on this topic that occurred in the finals. It relates to the Golden State Warriors and their head coach Steve Kerr. In an uncharacteristic move, Steve Kerr broke a clipboard with his fist in Game One of the finals. He was frustrated and took it out on an inanimate object. It was a moment of uncontrolled emotion. That specific act isn’t all that surprising in an important game. Coaches get frustrated and yell at players and officials all of the time. However in this situation, he set a precedent that it was OK to display emotional outbursts in expression of frustration.

So why does this matter? In a game or series that was this close, it is the little things matter. Two of Golden State’s players ended up having emotional outbursts that lead to technical fouls, flagrant fouls, and ejections. Draymond Green was given a flagrant foul during a post-game review of an incident between himself and LeBron James during Game Four. Stephen Curry, the first unanimous regular season MVP, was thrown out of Game Six for throwing his mouth guard into the crowd after fouling out near the end of the game. Did either one of these things affect the outcome of the series? Was Golden State adversely affected by one of their starters missing Game Five? No one can really answer those questions. It certainly did not help them, though.

If you aren’t on board with this last point, I don’t blame you. Each individual needs to be responsible for his or her own actions. However, we know that leaders and their actions matter. Let’s look at one additional data point to this fact. When you look at the historical data on the 2016 season, you get a sense for the teams and their ability to deal with adversity. The Golden State Warriors had 62 technical fouls called on their players and coach during the season (tied for 10th most in the league). The Cleveland Cavaliers had only 29 total technical fouls which was the best in the league. When times got tough in the series and in Game Seven, the Cavaliers stayed calm and stuck to the game plan.

All of this culminated in the Cavaliers bringing a championship to the city of Cleveland after waiting 52 years! Was it destiny? Did the stars align? Or did leaders make the right strategic decisions at the right time? I would argue that effective leadership brought a trophy to Cleveland. In the end, Clevelanders probably don’t really care about these small details. They are celebrating a championship. However, in order to ensure that it isn’t another 52 years before the city celebrates again, we need to reflect and be cognizant about the true reasons why this team was successful. 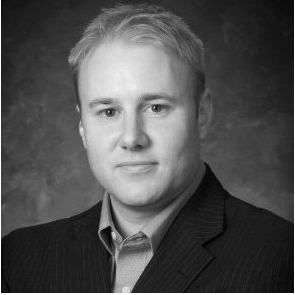